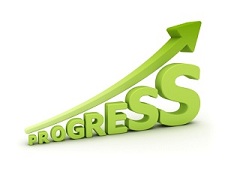 Angela Duckworth and Martin Seligman in a University of Pennsylvania study concluded:

Before launching a huge employee training initiative, Starbucks executives took a closer look at the behaviors of their employees.  They began to realize that they had been thinking about willpower all wrong.  On the average day, a willpower-challenged worker was no different from anyone else. But sometimes, particularly when faced with unexpected stresses or uncertainties, those employees would snap and their self-control would evaporate.2 Does this sound like our students?The Duckworth Lab at Penn focuses on predicting achievement. Duckworth has a very specific definition of grit: the tendency to sustain interest in and effort toward very long-term goals. It is broken down into two categories: passion and perseverance.  When Duckworth’s team studied an incoming class of cadets at West Point, they measured their grade point averages, physical aptitude, military abilities, and self-discipline. When they correlated those factors with whether students dropped out or graduated, they found that all of them mattered less than a factor researchers referred to as “grit.”3If you were to look at your students not meeting Satisfactory Academic Progress (SAP), what percentage would you say are there because they don’t have the aptitude to cut it? The answer is, most likely, nearly none. I get the opportunity to work with faculty all over North America and I always ask, “When you have a student that demonstrates self-discipline, grit, and willpower, do you anticipate problems retaining or graduating them?” The answer is always a resounding “NO.”

For the students not meeting SAP, the release of their potential to meet those requirements is heavily influenced by their deficits in their soft skill abilities, not their capacity to understand the work.  Many of our students struggle with negative past experiences related to education and consequently find themselves academically limping, many before they even begin with us. When things don’t go right, it is easy for their self-talk to remind them of past failures:

Their success in education has everything to do with:

The buy-in we need from our students is in their own mindset. “People with a growth mindset believe that ability itself can be developed, not just that you can get good at something, but that your talent might change,” Duckworth said.4To learn more, see ReSet™1. “Self-Discipline Outdoes IQ in Predicting Academic Performance of Adolescents,”   Psychological Science 16 (2005): 939– 44.